Review of One Night that Changes Everything 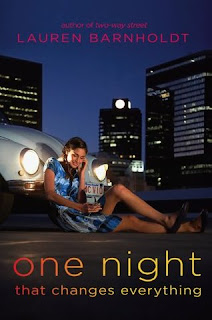 Title: One Night that Changes Everything
Author: Lauren Branhodelt
Publisher: Simon Pulse
Source:  Books a Million is Hattisburg, Mississippi during a USM college football game
Two years ago, when Eliza Sellman was in ninth grade, her dad found out he was being transfered and the family was going to move. Having always been shy and not so confident about her body, Eliza took that opportunity to start a list in her private notebook of all the things she planned on doing when she moved but had always been afraid to—like wearing a miniskirt and asking guys to dance; singing karaoke in front of strangers; posting a photo of herself on her Facebook wall in a bikini...you get the idea. New town, new Eliza, right? Well, she'll never know because the transfer fell through and they didn't move. But Eliza kept adding her goals and secret fears to the list in the notebook. Now it's two years later, and in that time Eliza has had and lost her first boyfriend. But this was more than your average breakup...turns out the sweet and cute Cooper was only dating her as a hazing stunt by a secret society. Eliza got her revenge by posting some pretty nasty (and only sort-of true) stuff about Cooper online. That posting has had major consequences and now Cooper and his buddies have stolen her private notebook and won't give it back until she performs all the things on her list in one night. It's torture...until Eliza steals something from the boys she knows they'll want to trade her notebook for. What starts out as a night of humiliation turns into a night of revelations as Eliza learns what Cooper was really thinking when they dated, the real reason he's stolen her notebook, and how freeing—and life-changing—it can be to do the things you fear the most.
Review:
I picked up my copy of this book on the sale rack at Books-A-Million when after I had 5 books picked out and I was told , "Courtney Elizabeth Wyant, I just bought you 44 books on ebay, 3 books from the bookfair, 4 books from the book order form, and you have 2 books coming in from the authors. I am not buying you any more books!" Yes, I am quoting exactly what Momma said. So I just grab a book I saw another girl grab ( she was about to buy the paperback version for 8.99, then I being the sweet girl I am showed her the hardback for for just 3.95) It was either that book or Dairy Queen but I ended up with this book because it has been on my to-read list since forever. So enough of my ranting, on with the review.
So I found this book a fun,quick,and hilarious novella. The author really did do a good job on keeping the audience, also known as me, entertained for the time took to read. It also got a girl in trouble with her History teacher because I was reading it instead of paying attention.
So Eliza worked so hard to get her notebook that back and what does she do with it? Well I am not going to ruin the book for those who have not read it. Let me just put it like this, I wouldnt have gone through all the trouble if I was just going to do that to it when it was in my hands.
So this book has all of the modern day teen things that most novels have in it some type of drug, beer, teens of course, better looking older sisters, and of course the couple of the story. So it has everything the average book would have in it as far as the things I have listed above. It wasn't worn out by the author on all these things but the question is, : Who would spend 75 dollars on art supplies? That is the question I was thinking when I read the book. My mom would have a cow if I went out and spent that much on Art and Craft things.
So if you see it next time you go to a book store and it is on sale, get it its pretty good or if you are looking for a good quick read pick it up if its paperback, but I wouldn't spend the whole 17.00 on the book in Hardcover. 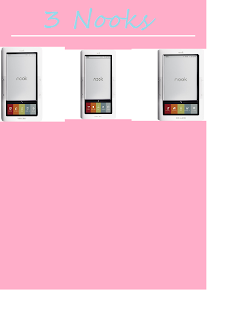 Posted by Courtney Wyant at 4:20 PM

- If you would like to donate a book for the 300 follower giveaway just send me an email at
courtsbooknook@gmail.com