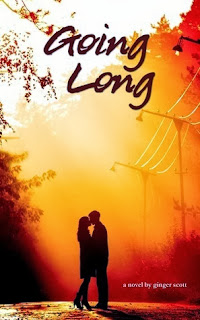 Title: Going Long
Author: Ginger Scott
Publisher: Indie
Published: September 25, 2013
Reviewer: Courtney
Summary:
They fell in love in high school and found their way back to one another despite the odds. But can first loves really be forever? For Reed Johnson, the dream was always football. But then Nolan Lennox took over his heart. Is he willing to give up his first love just to keep his true love? Or will he be too late? 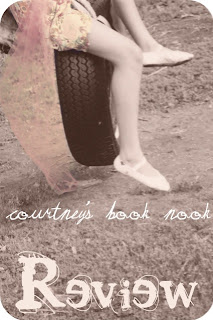 *Romantic Sigh* Ginger Scott has did it again, my bookish friends.  She stole my heart the first time, and well, she did it again with one of my favorite couples in YA/NA romance. Nolan and Reed.   Don't get me wrong there are a heck of a lot of problems in this book as there was the first one: Not going to the same college, slipping up a few times, a tattooed lanky dude named Gavin.

I was kinda confused by the mentioned above character, Gavin. It was kinda hard not to fall for him, even though we had Reed. It really was. Then we were shown that he was a total jerkface.  Seriously, trying to do that to Nolan and Reed was screwed up. Then again, he comforted Nolan when there was no one else there for her.  When she suffered through that hard time, he was her rock even though it did draw her away from Reed.

It was nice though to see there relationship mature in this book away from the high school love story, and I praise Ginger Scott to the highest for not putting any inappropriate sex scences that seem to come with every YA/NA there is out there. Thank you for skipping over the parts we really didn't need to see go into details.

Overall, I love this book just as much as I loved the first maybe a little bit more. If you haven't already picked up The Waiting on the Sidelines series, I suggest you get to the nearest e-reader and purchase both. You have no idea what you are missing if you don't.

Summary of review through pictures: