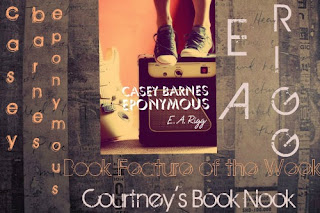 I am so sorry this isn't the review I promised today but I had to switch  because I haven't finished the book yet! I will defiantly get the review up tomorrow after I finish it at school. So I thought I would put the lovely guest post up. Don't worry it will be up tomorrow you have my word otherwise you have my complete permission to throttle me. :)

Because, of course, it was the suits, the execs sitting in the audience watching the show, who told the announcer to cut her off.

Now don’t get me wrong.  I really like Adele.  She’s got a voice like no other and is beautiful with looks that are a refreshing change from bone thin super-model types.  She has a classy, cool demeanor.  She has always seemed a bit more grown up than the average pop star.

And, I should say, she still does.  For despite the seeming immaturity of her act, i.e. flipping off a live T.V. camera at a moment the world is celebrating her and then saying the act was intended for the very figure heads who worked to make that happen for her, I actually think what she did was a perfectly normal rite of passage.

When a pop star goes from being a talented sensation who sells a lot of albums, acts humble, thanks their parents, dog, and friends, to a pop star overwhelmed slash frustrated slash confident enough to flip the general public the bird, that pop star has tripped the light fantastic.  She or he has become just a little jaded with fame, which in turn means there’s an expectation the fame will stick around.

Which, in the case of our first two examples, it has.

Madonna was once a girl in a bra and rubber band bracelets with a Minnie Mouse voice.  She was from Michigan.  Her accent even sounded like it was from Michigan.  Then, rite of passage numero uno, she started dating Sean Penn.  Middle fingers flared at paparazzi was were as present as their bodyguards.

Britney first got the world’s attention dressed up as a schoolgirl with her hair in ponytails.  She proceeded to get seriously famous, shave her hair off, forget to wear underpants and flip many people the bird.  Granted she had so many uncouth behaviors going on during the meltdown era that flipping the bird hardly seemed like much, but it was there alright.  The sign of a fame that can be taken for granted.

Justin Bieber even did it, just the other week.  He was leaving a party with Selena Gomez, who apparently had been harassed by paparazzi or partygoers or some other pop star, god knows, it was never made clear, but she emerged with a fat lip.   This caused Justin to flip the paparazzi the bird.  Now Justin’s squeaky clean veneer had already been well worn off by a paternity suit.  But that turned out to be fake.  Not the bird, though, not the bird.

There was even some bird flipping at the Super Bowl halftime show.  No I’m not talking about the Richard Simmons lookalike on the tight rope.  I’m talking about M.I.A.  But M.I.A. has always been a badass.  Making note of her flipping the bird is like being shocked Pink has.  What was interesting about the M.I.A. flip was Madonna scolding her for it.  Madonna.  The same Madonna who did it herself back at Dodgers Stadium back in 2008.  The same Material Girl from Detroit who’s been doing it like every ten minutes ever since Sean Penn.

But I suppose Madonna can do whatever she wants, because the fame has stuck around.  As it has for Britney and M.I.A.  Whether it does for Justin remains to be seen.  The fake paternity suit’s a good start, though.

And will it for Adele?  Music’s a tough biz.  But I think she’s got what it takes.  That bird, I predict, is the start of good things to come .

Posted by Courtney Wyant at 7:27 PM